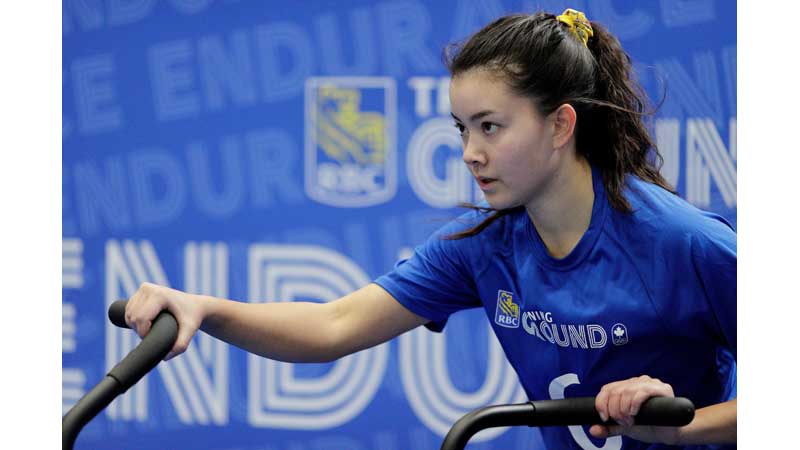 As Canada prepares for the Beijing 2022 Olympic Games, RBC Training Ground continues to make Olympic dreams a reality with ne

Additionally, 18 Beijing-bound RBC Olympians will be program ambassadors, using the spotlight of the Games to encourage athletes in their hometowns to participate and launch their own Olympic dreams through RBC Training Ground.

Year seven of RBC Training Ground will return this spring with plans for free in-person qualifying events across the country, guided by local health and safety protocols. The virtual testing format will remain open to athletes who are unable to join in person. Program accessibility, diversity, and inclusion will continue to be prioritized.

At each qualifying event participants will perform speed, strength, power, and endurance benchmark testing in front of National Sport Organizations. The top athletes will be selected as RBC Future Olympians who receive funding, mentorship, and other resources to pursue their Olympic dreams.

Registration and the most up-to-date event information for all local RBC Training Ground events is available at RBCTrainingGround.ca. We continue to monitor the situation surrounding COVID-19, consulting with health authorities. The health and wellness of everyone involved in RBC Training Ground, and of our communities as a whole, remains our top priority.

Since its inception in 2016, the program has tested 10,000 athletes across Canada, with over 1,300 athletes being identified by National Sport Organizations as having Olympic potential (many in a sport they had never considered). National Sport Organization program partners in 2022 include: Bobsleigh Skeleton Canada; Canoe Kayak Canada; Cycling Canada Cyclisme; Freestyle Canada, Luge Canada; Rowing Canada Aviron, Rugby Canada; Speed Skating Canada; and Volleyball Canada – all looking to identify new talent for development.

"We are thrilled to launch year seven of RBC Training Ground in our 75th year as a long-standing partner of the Canadian Olympic team. What began as an idea in 2016, has since become a cornerstone in championing the dreams of young people and developing the next generation of Team Canada. Building off the incredible success of Tokyo 2020, we look forward to supporting the RBC Olympians and RBC Training Ground athletes competing in Beijing 2022, and continuing to discover new athletes with Olympic potential."
- Mary DePaoli, Executive Vice-President and Chief Marketing Officer, RBC